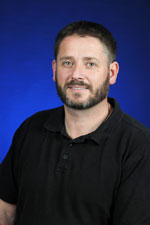 Scientist for social change: Professor Darrin Hodgetts will present recommendations for how psychological research can support social change in his inaugural professorial lecture on April 17.

Professor Hodgetts has researched the experiences of marginalised groups in New Zealand and will discuss his research in his inaugural professorial lecture being held at the university this month.

He says many of New Zealand’s services for the homeless reflect the assumptions of middle-class people rather than the lived realities and motivations of homeless people.

“The services work best for middle-class people who have fallen into homelessness. These people may have fallen on temporary hard times and are supported until they get back on their feet, which is great, but there are still plenty of people missing out.

“We don’t have adequate services or effective interventions for people who have a history of homelessness and unemployment,” says Professor Hodgetts. “If we want to address things like the growing underclass and poverty we need a broader and more responsive approach – it’s time to talk to the people concerned rather than to keep talking about them.”

In his lecture on April 17, Professor Hodgetts will present recommendations for how psychological research can support service interventions and enhance social change initiatives.

He is currently working on the ‘Family 100’ project with the Auckland City Mission. The project is looking at 100 families accessing the mission’s food bank.

Engaging families at the harde edge of poverty

“Over the course of a year we’re working with these families and their social workers to map out their experiences and see how they negotiate social agencies. From that, we will be able to identify how to improve their lives.”

He says the Family 100 project engages with families who are at the hard edge of poverty in New Zealand and also works with the people who are trying to help them.

Inaugural professorial lectures are the university’s way of formally introducing new and recently appointed professors to the wider community. All lectures are free and open to the public.

Professor Darrin Hodgetts’ lecture, titled Working Towards a Socially Relevant, Responsive and Engaged Societal Psychology, takes place on Tuesday April 17 at 6pm at the Gallagher Academy of Performing Arts. The Opus Bar is open from 5.30pm.