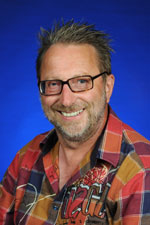 Health for Wealth: University of Waikato Professor Les Oxley is researching stature as a measure of New Zealand's standard of living since the 1850s.

It’s long been the custom to measure a nation’s wealth or standard of living by GDP per person, but economists now concede there are many measures that might be better indicators.

New professor at the University of Waikato Management School Les Oxley is part of an international team researching stature (height and body mass) and the wellbeing of New Zealanders, from the 1850s through to the present day. They’re doing it to create consistent, alternative measures of Maori and Pakeha living standards.

Research to help find origins of changes in health

The work has been funded by the Health Research Council and a Marsden Grant, and Les Oxley says it may also help us find the origins of New Zealanders’ changing health and wellbeing status, including the recent increase in obesity.

“We’ve gone back to the military records of soldiers from both world wars – they are full of information - and we’re also using data from New Zealand prisons – male and female. The data can tell us how the population’s stature has changed over time and we can also link that information to when various diseases were affecting the population and the impact that had on people’s growth.

“What we do know is that stature is decided by life experience in a person’s first 21 years.”

Professor Oxley says if we go back to writings at the time of James Cook, he records in his diaries that Maori were lean and muscular; they were not noticeably bigger than Pakeha. “It’s too easy to associate obesity simply with genetics. Location and occupation also influence stature and body mass (BMI). In our sample of late 19th and early 20th century records, farmers for instance were on average an inch taller than the average male and males born in Dunedin were shorter than those born in Christchurch.”

He also says that many people think human beings have gradually been getting taller and taller year in year out, but he says that isn’t the case. There have been fluctuations over the years – depending on the food available, usually protein, and the impact of illness and disease.

Professor Oxley, who’s returned to the University of Waikato after 11 years at Canterbury University, also has a Marsden Grant to research drivers of innovation in New Zealand firms – why we have the good ideas but often fail to capitalise on them or reap the benefits before products are picked up and manufactured by overseas producers.

Professor Oxley is one of only four economists to have been made a fellow of the Royal Society of New Zealand and, along with Waikato economist Professor John Gibson, is a member of Finance Minister Bill English’s advisory group. “It’s really interesting for all concerned and shows how the tertiary sector can be relevant and make a difference. Chatham House and James Bond Rules apply however, on any further details!”