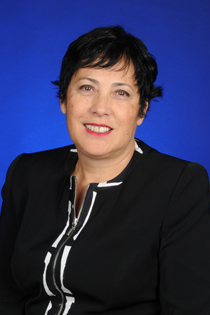 Professor Linda Smith: “The University of Waikato is renowned for its teaching in te reo and its commitment to the language. It is highly appropriate that we bring to the community debate and analysis around the revitalisation of te reo.”

The revitalisation of te reo comes under the spotlight at the University of Waikato during this month’s Māori Language Week which runs 23-29 July.

The University of Waikato hosts two free public lectures during the week, one entirely in te reo and one in English, but both address the issue of the revitalisation of te reo – what have we achieved and has New Zealand done enough? The theme of Māori Language Week is Arohatia te reo/Cherish the language.

The university’s Pro Vice-Chancellor Māori, Professor Linda Smith, says it is fitting the university is strongly supporting Maori Language Week as many university staff – past and present – have played vital roles in the revitalisation of te reo. “The University of Waikato is renowned for its teaching in te reo and its commitment to the language. It is highly appropriate that we bring to the community debate and analysis around the revitalisation of te reo.”

The first lecture is Tuesday 24 July from 10am-12noon at the university’s Te Kohinga Mārama marae and is entirely in te reo with three speakers who are all experts in te reo.

They are Māori language expert Dr Rangi Matāmua who has joined the university’s Te Pua Wānanga ki te Ao (School of Māori and Pacific Development) and has expertise in Māori astronomy, Māori knowledge and Māori media. His topic is 'Ngā Rangahau Reo Māori. Me pēhea tātau e whakamana ai i ngā whakakitenga? (Research on the Māori language and how do we action these findings?)

They will be joined by Koro Ngāpō, a Faculty of Education lecturer who recently fully defended his PhD thesis in te reo. His talk looks at the revitalisation of the language in Hauraki with an emphasis on the art of Māori oratory: Ko te tāhuhu kōrero o Hauraki, engari, ka māhoi te titiro ki ngā āhuatanga whaikōrero.

The second lecture is on Thursday 26 July from 6-7pm in the university’s Gallagher Academy of Performing Arts. That lecture is presented by School of Māori and Pacific Development’s Associate Professor Winnie Crombie and Te Piringa – Faculty of Law honorary lecturer Dr Richard Benton.

Dr Crombie will discuss the fact that a language dies around the world every two weeks and consider how this impacts on biodiversity loss.

“New Zealand has the responsibility of saving only one indigenous language,” Dr Crombie says. “It should be a relatively simple task but we need to do certain things that we currently are not doing.”

Dr Crombie, whose talk is entitled Te Reo Māori: Towards Global Citizenship for all of our Children, says saving te reo will pay dividends for the likes of inbound tourism and benefits children who can then more easily learn other languages.

Meanwhile Dr Benton will consider how the language has fared since he gave a Māori Language Day address 40 years ago. “Where have we been? Where should we be heading now?”

Dr Benton has lectured extensively nationally and internationally on language policy and bilingual education. In the 1970s he directed the survey of language use in Māori communities and households which was one of the catalysts for the establishment of the kōhanga reo movement. He was also an active member of Nga Kaiwhakapūmau i te Reo, the group that brought the Te Reo Māori case to the Waitangi Tribunal, paving the way for the recognition of Māori as an official language. His talk is titled: Ka mānu anō taua waka? (Is that canoe afloat now?), an echo of his 1972 address He waka pakaru kino?