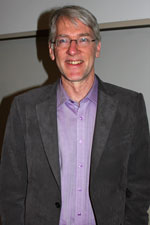 New Zealand still has a way to go to reach the highest attainable standard of health, says a former United Nations Special Rapporteur.

Speaking at a University of Waikato seminar, Professor Paul Hunt, a former senior lecturer at Te Piringa - Faculty of Law and now adjunct professor, said issues like having no detailed support programme for acute rheumatic fever sufferers was an example of the health system failing its users.

Professor Hunt spoke about his time as a UN Special Rapporteur, discussing how the right to the highest attainable standard of health could be translated as the right to an affordable and integrated health system.

“We need to think of the right to the highest attainable standard of health as a core social institution, underpinned by a handful of human rights.”

New Zealand has improvements to make

In Uganda, neglected diseases were the most pressing issue, whereas in more developed countries like Sweden and New Zealand, issues like having no detailed support programme for intravenous drug users and acute rheumatic fever continued to be troubling.

Professor Hunt argued that pharmaceutical companies have certain social/human rights responsibilities, including the duty to take reasonable steps to enhance equitable access to medicines. He says it is important to position human rights as an asset for health professionals rather than something they should be wary of.

Professor Hunt was UN Special Rapporteur on the right to the highest attainable standard of health for six years and currently teaches international human rights law at Essex University in the UK.

Download Paul Hunt’s seminar from Waikato’s iTunes U site. You can download iTunes for free at http://www.apple.com/itunes/download/.