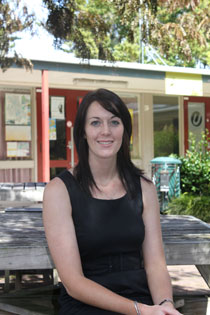 University of Waikato graduate Luisa Peterson has scored the highest mark in the country in the 2011 New Zealand Institute of Chartered Accountants competency exams.

Luisa has been working for Audit New Zealand since finishing her studies in 2009, and says her marks are indicative of her work ethic while at university.

“I put in a lot of hard work to get the grades I did while I was at Waikato,” says Luisa.

“I have always liked working with numbers, getting figures to balance, following a process to arrive at certain values and organising information. I made sure to set aside enough time to study, and I wasn’t shy about asking questions if I didn’t understand something. I also had a good memory when it came to exam time.”

Her good memory also helped when it came time to sit her Chartered Accountant exams.

Highest mark in the country a surprise

“I felt confident after the PCE Level 2 exam that I had passed, but I didn’t expect to get the top mark in the country, that was a nice surprise.”

Shortly after the results were released Luisa was emailed by the Controller and Auditor General Lyn Provost and personally congratulated on receiving the highest mark in New Zealand.