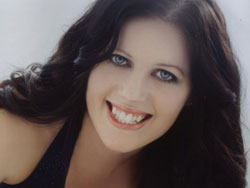 Childfree: University of Waikato masters graduate Theresa Riley has published a book on being childfree in New Zealand.

Couples who choose not to have children can be subjected to cruel comments, they’re sometimes called selfish and their decision to remain childless can cause distress to people, especially family members.

University of Waikato masters graduate Theresa Riley experienced various reactions to her decision to remain childfree, and that prompted her to write her masters thesis on the subject. Her research has now been published in a book entitled 'Being Childfree in New Zealand: How couples who choose not have children are perceived'.

Couples have varying reasons for being childfree

Riley interviewed ten couples, some in their early 20s through to couples in their 50s, and found people chose not to have children for various reasons – some already had connections with children and didn’t feel the need to have their own, others were happy without them and enjoyed the freedom to pursue their careers.

“They have found other ways to contribute to society, and in an over-populated world some saw no need to add to the overcrowding,” says Riley. “Whatever their reasons, it was never a decision made lightly.

“I have kept in touch with the younger couples I interviewed and they are still childfree. People always say ‘you’ll change your mind’, but they haven’t.”

She says people don’t have to give reasons for having children, but it seems they do have to justify not having them. “And instead of asking reasons behind the choice, I sought to take a fresh, insider’s perspective, letting couples voice the experiences and reflections on how their choice was responded to by people around them."

Riley’s supervisors for her thesis were Emeritus Professor Jane Ritchie and Dr Neville Robertson. “They encouraged me to produce a good thesis, and when I was approached by the publishers, it wasn’t a hard task to turn the work into a book. It reflects an aspect of New Zealand society and the way we treat each other.”

She sees the book being useful to a range of people - as a sociology text, to support people who have made the decision to remain child free, and suggests it could also be useful for couples who cannot have children – who’ve had the decision made for them, perhaps giving them a fresh perspective.

Her book, Being Childfree in New Zealand, is published by Lambert Academic Publishing and retails for $81. It is available through Amazon.