From apricots to awards for Hamilton businessman 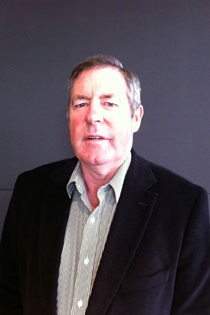 A Hamilton businessman who turned a pile of dried apricots into one of New Zealand's largest privately owned and operated food businesses is to receive the University of Waikato's highest honours.

Bernie Crosby will receive an Honorary Doctorate at the University's graduation ceremony at the Claudelands Events Centre on April 18.

Mr Crosby and his wife Kaye founded Prolife Foods in the mid 1980s after they loaned an importer money to import apricots from Argentina. The importer defaulted on payment and the Crosbys repossessed the apricots to recover their money. Mr Crosby sold the apricots from the boot of his car and the rest, as they say, is history.

Determination, perseverance and focusing on relationships

Mr Crosby is known for developing and maintaining excellent relationships with stakeholders and he has been recognised for his leadership with many awards. Alongside Prolife Foods, Mr Crosby has held directorships at several other companies and also contributes to the community through his support of the Hamilton Gardens, the MESH Sculpture Trust, the New Zealand Painting and Printmaking Award and the Coromandel Westpac Rescue Helicopter Trust. He has also initiated a campaign to raise $1 million over five years to fund neurological research into Parkinson’s disease.

University of Waikato Vice-Chancellor Professor Roy Crawford says Mr Crosby has shown what can be achieved through determination and perseverance and from focusing on relationships.

“He has proved that through positive thinking and hard work, what may initially appear as a setback can in fact be a great opportunity. Mr Crosby has left an indelible mark on the Hamilton community, not only through Prolife Foods, but also through his on-going support of other business, community organisations and health research.”