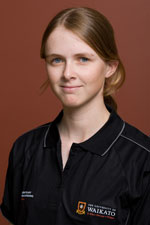 Sir Edmund Hillary medals are given to the best graduating Waikato University Hillary Scholars who have achieved at the highest level academically and in their chosen performing art or sport and have demonstrated exceptional leadership while on the programme.

Last year Computer Science student and sailor Katie de Lange received a prestigious Woolf Fisher Scholarship, worth about $100,000 a year for up to four years, to study for a PhD at Cambridge University in the UK. On top of that she also received a three-month Google internship, to work in the company’s Sydney office.

“I am currently in Sydney, finishing off a three-month internship at Google. When that ends I will be heading over to the University of Cambridge for a series of interviews and to meet potential supervisors,” says Katie.

“If everything goes to plan I should be taking up my Woolf Fisher Scholarship in October this year. My main interest is in the cross-over area of biomedical informatics, which can be thought of as the application of techniques from computer science to biological and medical data.

“Cambridge is home to a number of world leaders in this area, from the European Bioinformatics Institute to the Wellcome Trust Sanger Institute, and I hope to be able to join one of these fantastic departments.”

She was a Hillary Scholar for the entirety of her time at the University of Waikato. 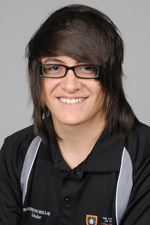 Bachelor of Music student and cellist Santiago Canon Valencia has now left the University of Waikato to continue his studies in his home country of Columbia while trying to cement his international career.

While at the university Santiago won the Creative and Performing Art Person of Year at the University of Waikato Blues Awards, performed with the Victoria Orchestra in Melbourne, placed second at the Johansen International String Competition in Washington, and released a CD of 21st century works, among many other achievements such as winning the top prize at the Beijing International Cello Competition at aged 15.

“Right now I am in Colombia at the VII Cartagena International Music Festival. I've been invited to do a concert of all Latin-american music as part of a series of concerts in the festival,” says Santiago.

“Over the next four years I plan to finish my studies and begin a very successful career as an international soloist.”

Santiago was the youngest Hillary Scholar that University of Waikato has ever had, receiving the scholarship at age 14, and says without the scholarship it would not have been possible to study in New Zealand.

Sir Edmund Hillary Scholars have their course fees covered, receive specialist coaching and mentoring and take part in personal development and leadership programmes while at university.