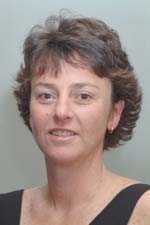 Honorary Doctorate: To be recieved by Dame Susan Devoy next Friday at the Tauranga graduation.

Dame Susan was winner of the British Open Squash title eight times between 1984 and 1992 and was World Champion four times - in the days when world champs were usually held every two years. For her services to squash, Dame Susan was awarded an MBE at 21 and at 34 was made a Dame Companion of the New Zealand order of Merit.

“She has achieved in so many different areas, and displays qualities of excellence, energy and commitment and sets herself high standards - all qualities that we encourage in our students. She's also one of our greatest sportswomen who happens to live and work in the University of Waikato region.”

Based in Tauranga and bringing up four sons, Dame Susan has been CEO of Sport Bay of Plenty and a member of the Auckland District Health Board.

She is currently a trustee of the Tauranga Energy Trust and a board member of the Health Promotion Agency - an amalgamation of the Health Sponsorship Council and Alcohol Advisory Council (ALAC).

Nationally, her long-service as a trustee of the Halberg Trust has been widely acknowledged; she has supported mental health campaigns, is a patron of the Muscular Dystrophy Association, a board member of the Sustainability Council and more recently has been a trustee for Home of Cycling, supporting the establishment of a new national indoor velodrome in Cambridge.