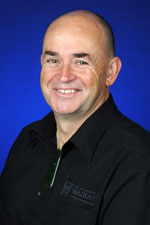 A software package developed at the University of Waikato that can automatically add the correct macrons to Māori texts is now being used by the Ministry of Justice for transcribing the proceedings of the Waitangi Tribunal and Māori Land Court hearings.

The Māori Macron Restoration Service is a free service that allows users to add macrons to Māori words in Microsoft Word 2007 documents, Open Office Text documents and text files. The service is available through the web, and texts can have their macrons restored via cut and paste, or via a direct file upload facility.

The National Transcription Service (NTS) of the Ministry of Justice has been using the ‘macroniser’ for transcribing the Waitangi Tribunal's Te Rohe Pōtae district inquiry hearings in Te Kuiti, which are approximately 40% te reo Māori and 60% English.

“They found they were spending an inordinate amount of time macronising te reo, and then we discovered the University of Waikato’s highly effective macroniser and we have utilised this with excellent results.

“The court reporters are able to transcribe te reo and then another person takes responsibility for the cutting and pasting into the macroniser, and what would normally take a day or two for one day of the hearing, is down to roughly 30 minutes for one day.”

The software is available through the University of Waikato’s Greenstone Digital Library, and was developed by Masters student John Cocks as part of research relating to the digitisation of the Pei Jones collection, and funded by Ngā Pae O Te Māramatanga.

The software decides where to add macrons by looking at the word in context with surrounding words and then, based on a large corpus of accurate Māori text, writes the macrons on the correct vowels of the words.

Dr Te Taka Keegan, who supervised the research, says the software is important for a number of reasons; “It is really accurate in deciding which vowels require macrons, it is really fast, it will correct the lack of macrons and the use of the antiquated double vowel, and it is a very useful tool to the Māori language community”.

The Pei Jones collection consists of of books, manuscripts and taonga amassed during the lifetime of the late Dr Pei te Hurinui Jones (Ngāti Maniapoto), one of Māoridom’s leading scholars, and an advocate for the correct use of the macron character to signify a lengthened vowel.

His son Brian Hauāuru Jones donated the vast majority of the collection to the University of Waikato, and a team of Waikato researchers, led by Dr Hemi Whaanga, has been researching, collating and developing ethical processes to appropriately display the collection in a digital format that is practical and searchable by the general public.