University of Waikato scholars set off in the footsteps of Hillary 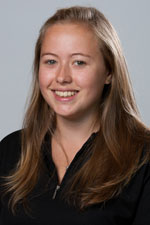 A team of University of Waikato Sir Edmund Hillary Scholars and supporters land in Nepal next week to follow in the footsteps of Sir Ed.

The Step Higher Award is sponsored by the Compass Group, a supplier on campus for a range of hospitality services, and covers each Scholar's travel, accommodation and a daily allowance for up to three weeks.

The team arrive in Kathmandu on 12 February and will spend 17 days trekking through Khumbu Valley, stopping at Lukla-Phakding, Monjo, Namche Bazaar, Khumjung, Pangboche, and Thyangboche before returning to Kathmandu.

While in Nepal they will visit schools, hospitals, and see the work being undertaken by the Himalayan Trust.

Hillary scholar Sami Flay says she is looking forward to broadening her horizons and seeing a different way of life.

“I’m really looking forward to the trip. As a new Hillary Scholar you get a copy of Sir Ed’s book and you read about these places that we’re going to visit - it’s going to be great to see Nepal and what he has done over there through my own eyes.”

Giving back to the Himalayan Trust

Team leader Nicola Clayden, who manages the Hillary Programme at the University of Waikato, says the trip will be incredibly valuable for the Hillary Scholars, and is a good chance to give back to the Himalayan Trust.

“All of the award recipients had to raise $1000 - it’s been up to them how they’ve done it - and the money goes to the Himalayan Trust.

“In Sir Ed’s will he said ‘If some people in New Zealand feel I have made some contribution to the prestige of my country then they could best demonstrate this by continuing modest support to the Himalayan people’ and that’s what we hope to do.”

Sir Edmund Hillary Scholarships are the University of Waikato’s most prestigious scholarships for students who are high academic achievers who are also achieving in the arts or sport and display leadership qualities. It was created to mirror the values of Sir Edmund Hillary.

The team will be blogging about their experience at http://www.waikato.ac.nz/news-events/2013-step-higher.