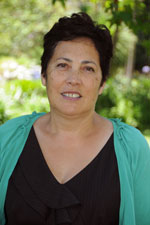 Honoured: Professor Linda Smith was one of a number of University of Waikato staff and students honoured in the 2013 New Year Honours List.

The University of Waikato is proud that current and former staff and students have been honoured in the 2013 New Year Honours List.

Professor Linda Tuhiwai Smith, Pro Vice-Chancellor Māori and Dean of the School of Māori and Pacific Development, and Emeritus Professor Ian Pool have both been named Companions of the New Zealand Order of Merit.

Services to Māori and education

Professor Smith, a leading social scientist and Māori scholar, was honoured for her services to Māori and education. Late last year was also awarded the Dame Joan Metge Medal by the Royal Society of New Zealand for her outstanding contribution in inspiring, mentoring and developing the capacity of Māori researchers through teaching and research.

Professor Smith is nationally and internationally recognised as a scholar and trailblazer who has inspired and mentored many Māori and non-Māori social scientists.

Professor Smith has also been nominated as a finalist in the Education – Mātauranga category in the Ngā Toa Whakaihuwaka – Māori of the Year Awards by TVNZ programme Marae Investigates for 2012.

Last year he received a ‘festschrift’ from the New Zealand Population Review. Festschrifts serve as an acknowledgement of a significant contributor to a particular field, in this case, Emeritus Professor's contribution to population and social science research in New Zealand and internationally.

In 2009 he received the Te Rangi Hiroa Medal award by the Royal Society of New Zealand for his work looking at historical approaches to societal transformation and change.

Double sculler gold medallists Nathan Cohen and Joseph Sullivan who both studied at Waikato; Nathan, a Bachelor of Management Studies and Joseph completed a Bachelor of Sport and Leisure Studies; were named as Members of the New Zealand Order of Merit for their services to Rowing.