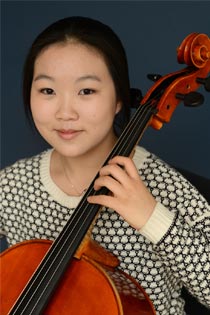 Sixteen-year-old Catherine Kwak says the music opportunities available at the University of Waikato made it an obvious choice for her study.

The former Villa Maria College student is one of the University’s Sir Edmund Hillary scholars and is in the second year of a Bachelor of Music. Sir Edmund Hillary Scholarships are the University’s most prestigious scholarships and are awarded to high academic achievers who are also achieving in the arts or sport. Scholars have their course fees covered, receive specialist coaching and mentoring and take part in personal development and leadership programmes.

Catherine says she chose to study at Waikato because of the reputation of the Conservatorium of Music, her Hillary scholarship and the opportunities that Waikato provides.

“I’ve had more opportunities here for concerts, masterclasses, making connections in the music world and playing in the University’s concert chamber on campus.”

Catherine says some of the highlights of her study so far have been travelling to different places in the North Island with other Waikato music students for university-organised concerts.