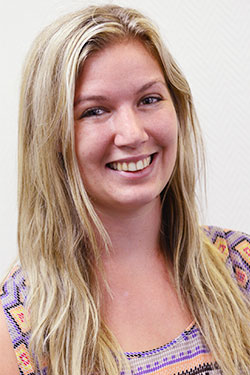 Scholarship recipient: Charlotte Sheppard will soon be off to South Korea to take part in a summer school programme at Yonsei University.

Charlotte Sheppard is in for a crash course in all things Korean as she heads to Seoul mid-year to begin a six-week summer school programme at Yonsei University.

Charlotte is one of three University of Waikato students selected to study at top education institutions in Asia this year as part of the inaugural Prime Minister’s Scholarships for Asia (PMSA). In all, 89 New Zealand tertiary students were awarded the PMSA.

The scholarships are for varying amounts, with Charlotte landing $4000 for the Summer Abroad at Yonsei programme. The PMSA covers study periods from six weeks to two years, and aims to enable undergraduate and postgraduate students to gain a deeper understanding of Asia.

“One of the things I’m looking forward to the most is a trip to the demilitarised zone between North and South Korea,” says Charlotte. “I’m keen to experience new things and make the most of being in South Korea.”

Charlotte has just completed the third year of her four-year Bachelor of Management Studies majoring in International Management and Economics. She lives in Pirongia and this will be her first trip to South Korea.

Funding for the PMSA of $9 million over five years was provided in Budget 2013 as part of the Government's Internationally Focused Growth Package. The scholarships are managed by Education New Zealand, the lead agency for the promotion of international education.

Applications for round two of the Prime Minister's Scholarships for Asia open this month with final submissions due by 28 March.