City plans up for discussion at Winter Lecture Series 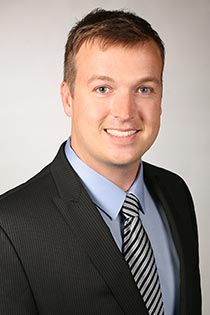 As Hamilton City Council explores plans to better connect the city with its natural resources, the University of Waikato will consider whether the city can also learn from the revitalisation of its Canadian namesake, Hamilton, Ontario, at its annual Winter Lecture Series.

The University of Waikato Winter Lecture Series is an annual free public lecture series held every Wednesday in August. It is a focused and relevant series designed to inspire robust discussion on topical issues, and this year each lecture will have a forward-thinking element as the University of Waikato celebrates its 50th anniversary.

On 27 August, the final lecture in the series features Canadian Neil Everson, Acting General Manager of Planning and Development for the city of Hamilton, Ontario. Mr Everson led the successful revitalisation of Hamilton, once known as the steel capital of Canada, to what is now Ontario's No. 1 city to invest in.

The key to its success, says Mr Everson, is the city's commitment to reducing industrial and inner-city vacancy rates. The inner-city area in Hamilton, Ontario is now home to more than 1600 businesses, employing around 23,400 people, and has an industrial building vacancy rate of less than 2%.

During the last four years, the city has also averaged more than $1.1billion per year in value of construction permits, and according to the Conference Board of Canada, Hamilton has the most diversified economy in the country.

Mr Everson, joining the lecture by video conference, will discuss the steps his team took, the planning around the city's change and the hurdles they encountered and overcame in the process.

While our own Hamilton is on a smaller scale, there is a lot we can learn from the philosophies and practices of other cities.

One of these philosophies, urban design, is favoured by University of Waikato alumnus Andrew Yeoman – director of Yeoman Developments in Hamilton, and speaking alongside Mr Everson at the lecture.

Mr Yeoman views urban design as a more sustainable antidote to the cheaper, mass-produced homes favoured by some residential developers. Urban design focuses not just on building houses, but addressing how people interact with the environment around them. One of his current projects includes the Village Quarter apartment development on the corner of Lake Road and Hill Street in Frankton.

The recent plan announcement by Hamilton City Council to transform the way Hamilton connects with the Waikato River is an example of the urban design philosophy. The plan includes a proposal to create a river swimming pool and a garden foot bridge in the north.

Mr Yeoman heralds the proposal as a positive step forward for Hamilton. "Good urban design is about making the urban environment a great place for people to enjoy. Having good amenities in the CBD would certainly make it a nicer place to spent time."

Also speaking at the lecture is demographer and senior lecturer Professor Natalie Jackson, whose research focuses on the affect ageing populations will have on future population growth.

Other lectures in the series include:

Find out more information about the University of Waikato's 2014 Winter Lecture Series.

City plans up for discussion at Winter Lecture Series is licensed under a Creative Commons Attribution 4.0 International License.