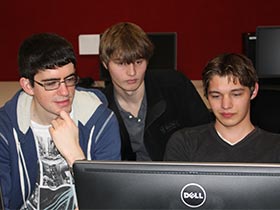 More than 40 people took part in the inaugural Cyber Security Challenge held at the University of Waikato last week, with a team of undergraduate students coming out on top.

The challenge involved teams attempting to solve 11 cyber security problems in a scenario based around a zombie outbreak. Eleven teams managed to clear half the challenges while there was one challenge which no one was able to solve.

Organiser Dr Ryan Ko says the event was a great success and he hoped it would become an annual event for the university’s Faculty of Computing and Mathematical Sciences. He hoped the next one would see registration open to teams from industry and the public to participate.

Representatives from sponsors Aura Information Security, PwC and Insomnia had been impressed with the large turnout and organisation of the challenge, he says,

Lateral Security and the organisers of Kiwicon also sponsored the event.

Much of the work organising the challenge was done by students, he says.

“A lot of credit goes to the graduate students from the Cyber Security Lab, Alan Tan and Baden Delamore, and Grace Nolan, Sam Hegarty and Jessamy Topping.”

The two-day challenge involved talks from cyber security professionals and industry-led training ahead of the challenge itself.