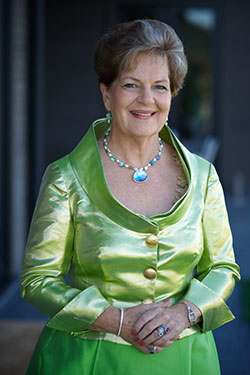 In the spirit of giving back to the community, Waikato’s musical icon Dame Malvina Major has put together a special musical showcase that will feature performances by some of the University of Waikato’s top music students.

Being held on 16 October, the event will welcome and thank those from the local community who have supported the university over the years.

Representatives from key community groups including local government, arts and education, as well as members of the Dame Malvina Major Foundation and University of Waikato staff and alumni, are among those invited to attend. The event is also open to the general public.

Giving back to the community

“With this musical showcase, I wanted to show our appreciation of the community, a community which has supported all that the university does and has to offer,” says Dame Malvina.

“It was also timely to hold this celebratory event during the university’s 50th anniversary year.”

“We have put together a show which highlights the unique talents these students display. I am extremely proud of them and all that they have achieved, so I invite everyone to come along and be entertained by these exceptionally talented students from the University of Waikato,” says Dame Malvina.

The University of Waikato Conservatorium of Music: ‘Musical Showcase’ will take place on Thursday 16 October at 6.30pm in the Gallagher Academy of Performing Arts. Tickets can be purchased from the venue’s box office and prices are as follows: adults $30, senior citizens $25, students (with valid ID) $10.

Dame Malvina gives back with musical showcase is licensed under a Creative Commons Attribution 4.0 International License.