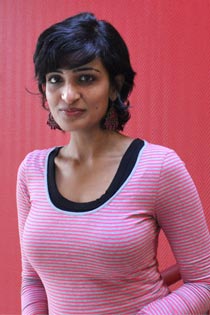 A University of Waikato doctoral student wants to talk to Indian women who are or have been victims of domestic violence in New Zealand.

Sripriya Somasekhar says seeking help for domestic violence in your home country can be difficult, but it is usually doubly difficult for immigrant women.

“On a superficial level, women do have more freedoms in New Zealand, but there are significant barriers that can prevent immigrant women getting help when they are victims of abuse, whether it be physical, emotional or psychological.”

Sripriya says language could be the first obstacle – if a woman phones a help-line or welfare organisation and the person on the other end doesn’t understand the caller “then the caller will immediately put the phone down”.

“But perhaps even more difficult to overcome is the status of some of these women. They are often non-residents and the very person they are financially dependent on in New Zealand is their abuser. They are less likely to have friends or relatives to turn to for help, and so can feel trapped and alone.”

Sripriya comes from South India, was brought up in an orthodox south Indian family and says she tried not to assimilate the gender dynamics that existed all around her. She grew up with a desire to change the patriarchal attitudes that prevailed.

She already has masters degrees in social work and counselling psychology and it was one of her lecturers, Dr Neville Robertson, who convinced her to take the next step to a PhD.

Breaking through the barriers

Dr Robertson says Sripriya’s research will help identify the barriers in more detail and find ways to break through those barriers to make it easier to get to culturally appropriate help.

“And it may require changes in immigration policy. Unless and until they gain residence status, the ability of these women to stay in New Zealand typically depends on the man who is abusing them because he is usually their sponsor or the principal applicant on a joint application. That makes them vulnerable,” Dr Robertson says.

Sripriya was awarded an Education NZ - India Research Institute travel and research grant which enabled her to return to India last year to collect data to identify current domestic violence issues. “I also wanted to explore the attitudes of families and support systems in place for the immigrant woman if she chose to return to her home country.”

She says the information she collected in India will help her see more clearly the differences and similarities women face in India and New Zealand.

What she needs now is to talk to women in New Zealand who are currently experiencing abuse and/or women who have dealt with it. She appreciates that it’s not always easy for women to speak out, but says all her work would be totally confidential.

She has contacted many organisations in the North Island likely to be dealing with domestic abuse, but feels some of them, for any number of reasons, have been protective of their clients, so finding women to talk to is proving difficult.

Sripriya says domestic violence is prevalent in most cultures and getting out of an abusive relationship is always a challenge. “But it is doubly so if one is a migrant in a new country.”