From Wanganui to Waikato University 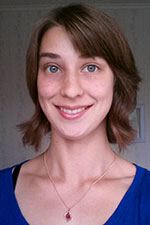 “Meeting amazing, like-minded people in my classes and joining some of the clubs on campus are things I love about studying at Waikato University,” says former Wanganui High School student Rachael Davidson.

Getting involved in activities

“I’ve joined the WSU Alpine Club, Waikato University Tramping Club, the Unity Dance Club and the Biological Society. These clubs all offer great opportunities and fun activities for students to get involved in.”

During her first year at Waikato, Rachael lived in the Halls of Residence, which she says was a good place to meet lots of people when she first arrived.

“Now I’m living in a flat which is only a 10 minute walk from the campus. This is my second year flatting with the same flatmates in the same flat and it’s going really well. I met my flatmates in my first year living at Bryant Hall.”

Rachael achieved NCEA level 3 with Excellence which meant she received the Vice-Chancellor's Academic Excellence School Leaver Scholarship worth $5000 which she put towards her accommodation costs in her first year.

“The university offers such a range of papers it makes it easy to find something that you enjoy.

I really love the campus. It’s so beautiful. Being able to study in a serene environment full of flowers, trees and lakes is great, and it’s so convenient living close to university – it doesn’t feel like you’re living in a big, busy city.”

From Wanganui to Waikato University is licensed under a Creative Commons Attribution 4.0 International License.