Hamilton needs to be bold and innovative, says University of Waikato professor 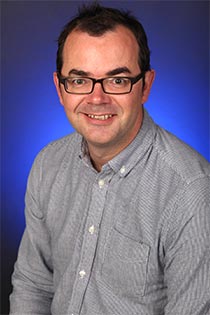 “We need to be thinking about where we want to be – not focusing on how we got here.”

That’s the common thought amongst Hamilton’s various stakeholders as the city makes a concerted effort to improve its central city area through a plan of regeneration.

With property vacancy rates in the central city currently sitting at 8.6%, and most of those spaces low-grade office space, Professor White says Hamilton needs to think strategically about the future role and purpose of the CBD and be flexible in considering how this might be best delivered.

“Up until now, the focus for New Zealand cities has very much been about growth and development, so the concept of regeneration is new for us,” says Professor White.

Urban sprawl is partly to blame, with retailers preferring to take advantage of spacious shopping centre locations, such as The Base in Te Rapa. Along with increased ‘to lease’ signs and complaints of increased vagrancy, foot traffic in Hamilton’s CBD is also low, but there are lessons we can learn from other places that have gone through similar transitions.

Professor White highlights cities in the UK that have undergone successful regeneration. Birmingham and Manchester turned old factory precincts into vibrant mixed-use shopping, office and residential areas, and he cites their clear vision, good quality design, innovative public-private approaches and mixed use of inner city spaces as keys to their success.

Hamilton City Council has several plans underway to embark on its own regeneration, including a central city transformation plan and a river plan to enhance the city’s connection with its biggest natural asset.

The key for Hamilton, Professor White says, is to be “bold, innovative and integrated, and clearly emphasise what is magnetic about this city – it’s about creating a strong identity that encompasses the potential that Hamilton offers, from quality of life to its excellent infrastructure”.

Professor White will also facilitate the final lecture in the University of Waikato’s free public Winter Lecture Series, titled The City of the Future: What Can Hamilton Learn From Others?

The lecture is Wednesday, 27 August, 6-7pm at the Gallagher Academy of Performing Arts, and is free and open to the public. Find out more on the University of Waikato Winter Lecture Series.

Hamilton needs to be bold and innovative, says University of Waikato professor is licensed under a Creative Commons Attribution 4.0 International License.