Hillary Scholar gets Games call up 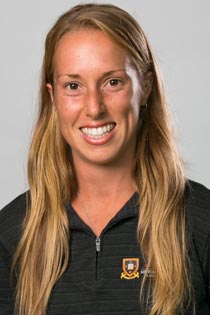 Hillary Scholar: Kristie Baillie will be running for gold at the Glasgow Commonwealth Games.

Twenty-two-year-old Waikato student Kristie Baillie has been pulled in as the final member of the New Zealand 4x400m relay squad, and is on her way to the Glasgow Commonwealth Games.

She had been named as a non-travelling reserve for the relay team but was confirmed by selectors last Friday due to a member of the team being unable to meet fitness standard by the deadline.

Kristie is in her fifth year at Waikato, studying towards a Bachelor of Social Sciences with Honours, majoring in Anthropology.

She holds a Prime Minister’s Athletics Scholarship and is a Sir Edmund Hillary Scholar, and is one of four high-achieving scholars that were selected to go to Nepal in 2015 as a recipient of the Step Higher Award.

The Morrinsville athlete recently ran a season best time of 54.69 seconds on the Gold Coast. Her personal best is 53.19sec.

Her relay team will have two warm-up events in the United Kingdom before July 23, the start of the Commonwealth Games in Scotland.

On her return from the Commonwealth Games, Kristie will start her honours thesis in Anthropology, a programme in which she also tutors.

Hillary Scholar gets Games call up is licensed under a Creative Commons Attribution 4.0 International License.