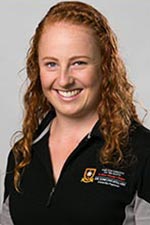 One of the newest and youngest recruits for the Waikato Bay of Plenty Magic Netball team is also among the University of Waikato’s new Sir Edmund Hillary Scholarship recipients.

Rotorua-born Sam Sinclair will have her course fees covered while she studies a Bachelor of Management Studies and will receive specialist coaching and mentoring, as well as take part in leadership programmes.

“The Hillary Scholarship is really going to help financially but will also allow me to be surrounded by like-minded people who are as committed and dedicated to their professions as I am,” says Sam.

Sam has an impressive netball history, having played in the Netball New Zealand secondary school team, under-21 squads and represented the region in the under-23 National Netball Championships last year.

Late last year Sam got the call telling her she had been selected for the Magic squad.

“I was quite shocked to receive the call from the Magic coach, it took at least a few days to sink in and then the excitement took over. I’ve been playing netball since I was six years old and this is something I’ve been working towards.”

Sam’s looking forward to getting stuck into her studies at Waikato, hoping to later use her qualification in a marketing career while also working towards her goal of becoming a Silver Fern.

“At the moment I’m taking every day as it comes. It will be a challenge, however I’ve been given this amazing opportunity and I don’t intend to waste it.”