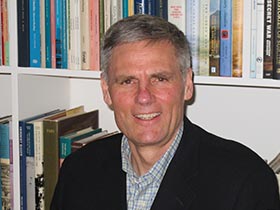 Hard talks:Professor John Weaver will present his lecture on the history of suicide in NZ on May 14 at Waikato.

Suicide is a major 21st century problem, but one with a much longer history.

Social historians, medical historians, and specialists in suicide studies face a common challenge in investigating the issue; a shortage of authentic experience.

New Zealand’s coronial inquests offer ways to answer the challenge. Professor John Weaver from McMaster University, Ontario is giving a free public lecture at the University of Waikato in May on the history of suicide in New Zealand.

Many of the patterns evident across the century reveal gender differences in respect to work, says Professor Weaver. “For example the ‘breadwinner ideology’, relationships, violence, and alcohol abuse.”

His talk titled ‘History’s Incomparable Truths: The Gender Gap and Self-Destructive Conduct, New Zealand, 1900-2000’, is based on a larger study where coronial records, newspaper reports and other sources were investigated to provide a close-up view of suicide within a much larger historical pattern and account of suicide statistics in the 20th century.

“He’s written a powerful work of history which deserves to be read widely.

It tells us about the ways that historians can find out more about the sad histories of topics such as suicide and mental illness, and it puts these into a very powerfully conveyed cultural and social context.”

Professor Weaver has just co-published with McGill-Queen’s University Press in Canada, and Bridget Williams Books in Wellington, Sorrows of a Century: Interpreting Suicide in New Zealand, 1900-2000.

The book focuses on the vexed history of suicide for this nation.

Professor Weaver will give his public lecture on Wednesday 14 May at 6-7pm at the University of Waikato, room S.1.01.

His book, Sorrows of a Century: Interpreting Suicide in New Zealand, 1900-2000, will be on sale at the lecture.