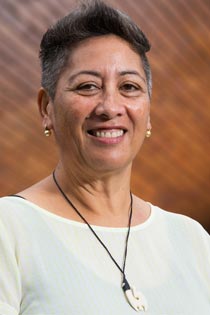 Fulbright recipient: Sharon Toi will be studying at the University of Arizona.

From a Waikato winter to the desert heat in Tucson is the journey Sharon Toi will be taking next month when she embarks on a year-long stint at the University of Arizona.

Toi is the recipient of a Fulbright-Ngā Pae o Te Māramatanga Graduate Award, which will see her spend a year in Arizona researching and writing her PhD in law about the invisibility of women in tribal governance.

She will be part of the Indigenous Peoples Law and Policy Program, College of Law at the University of Arizona.

Her research in Arizona - mainly on the experiences of Pueblo and Navajo women - will be used as a comparison to what she has already learned about the roles Māori women play in tribal governance and Toi says she expects to learn that, in general, Māori women are doing better than their American counterparts.

“My reading of the situation there is that it’s pretty patriarchal,” she says.

“From what I’ve read it seems Pueblo and Navajo women are banned from decision making whereas Māori women are active and vocal.”

She says her PhD is aimed at developing “what I’m calling gender analysis tools” for her iwi.

“My case study is of Ngāpuhi. I’m from the Hokianga and women there are very vocal, informed and active,” she says.

“Women are there but often they are not recognised. I’m looking at the way women can influence decision making.”

In most post-Treaty of Waitangi settlement situations, she says, the organisations established are based on corporate or patriarchal models which “greyscale” or push the involvement of women into the background.

Toi leaves for Arizona in August, when the average temperature is in the mid to high 30s.