International award for a couple of Maori researchers 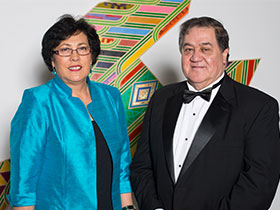 Professor Linda Smith (Ngāti Awa and Ngāti Porou) is Professor of Education and Māori Development and Dean of the School of Māori and Pacific Development at the University of Waikato. In 2013 she was awarded a Companion of the New Zealand Order of Merit for her services to Māori and education.

She is a former President of the New Zealand Association for Research in Education and most recently served as a member of the Constitutional Advisory Panel.

Professor Smith has worked in the field of Māori Education and Health for many years as an educator and researcher and is well known for her work in Kaupapa Māori research. Her book Decolonising Methodologies Research and Indigenous Peoples has been an international best seller in the indigenous world since its publication in 1998.

The Smiths are the only New Zealanders on a list of 22 international scholars to be inducted into the 2014 class of AERA. Their formal induction takes place on April 4 in Philadelphia.

International award for a couple of Maori researchers is licensed under a Creative Commons Attribution 4.0 International License.