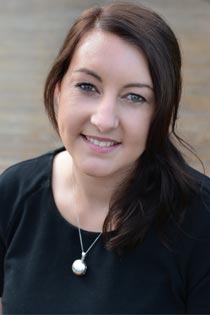 From landscape design to developing apps, Jemma Konig has taken a leap in her learning thanks to a Summer Research Scholarship at the University of Waikato.

Jemma had previously studied and worked as a landscape designer, but found she liked the technology design side of her work more than the landscaping side. She enrolled at Waikato where she is now in the third year of a Bachelor of Computing and Mathematical Sciences, majoring in Computer Science.

The former Rotorua Girls’ High School student says she applied for a Summer Research Scholarship as she wanted work either as a software intern or on a software project over the 2013/2014 summer period.

“I saw this scholarship advertised and thought it would be an amazing opportunity. It was a real honour to be selected as so many people applied for it.”

The purpose of the project was to extend the use of FLAX language learning activities to mobile Android devices, with the possibility of iOS development in the future.

FLAX (flexible language acquisition) is open source software that has been developed at the University of Waikato and is used as a tool for teaching and learning a second language.

The language learning activities had already been designed and existed on large-screen web-connected devices but Jemma’s job was to modify the design to suit small-screen devices.

“I hadn’t had any experience with this magnitude of existing code before so it really built my knowledge of how it all works in the real world.”

The two apps are published on Google Play for free download and use.

“One has had 500-plus downloads, the other 100-plus and I was really pleased to see this as I never expected them to get this many downloads,” says Jemma.

Having completed a paper based around Android development in 2013, Jemma believes this helped in her selection for the project, which she worked on under the supervision of Computer Science Professor Ian Witten.

Summer Research Scholarships are open to students enrolled at a New Zealand or Australian university, and provide undergraduate, final-year honours and first-year masters degree students the opportunity to experience the challenges and rewards of research. The $5000 scholarships are offered in various disciplines for a 10-week full-time research project over the summer study break.