Over $100K in scholarships for Maori science and engineering students 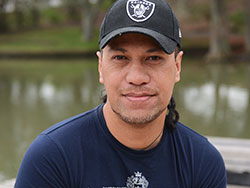 In 2013, more than $105,000 in scholarships was awarded to Māori Science and Engineering students from the University of Waikato.

The awards, which ranged from $1500 to $10,000, gave 20 students a financial boost towards their undergraduate, masters or PhD studies.

The scholarships came from a variety of supporters, including Waikato University, private trusts, iwi and leading New Zealand companies.

“It’s fantastic to see so many of our Māori students being recognised for their achievements. These scholarships have opened doors to some great opportunities and we’re working hard to encourage even more students to apply for the awards available,” says Kevin Eastwood, Science & Engineering Māori Student Achievement Coordinator at the University of Waikato. 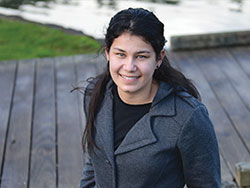 Another multi-award winner was Biological Sciences student Kiriana Isgrove who received a $2000 Māori Excellence Award from the University of Waikato, a $2500 Clark Fletcher Memorial Citrus Bursary and a $10,000 Whanui Scholarship. She was also awarded a 10-week Māori summer internship with AgResearch.

Of Ngāti Tamaterā descent, Kiriana is a former Hauraki Plains College student from Turua near Thames. Kiriana plans to do her masters at Waikato once she completes her Bachelor of Science.

The University of Waikato offer a number of scholarships at all degree levels.

Over $100K in scholarships for Maori science and engineering students is licensed under a Creative Commons Attribution 4.0 International License.