Paying farmers not to pollute 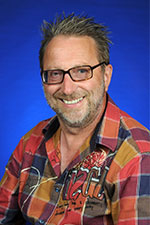 Incentives to stop pollution: University of Waikato economist Professor Les Oxley will be speaking at Fieldays in June.

Providing incentives to farmers not to pollute could be more effective than fining them when they do says University of Waikato economist Professor Les Oxley.

He has some ideas about managing freshwater resources, but says agriculture should not have to bear all of the costs when the benefits are more widespread. He’ll be expanding on his ideas at a public seminar at this year’s National Fieldays at Mystery Creek.

Professor Les Oxley says one way to tackle fresh water pollution would be to create a set of incentives that encouraged people not to pollute waterways.

“Let me be a little more radical and say rather than simply punish the farmers for polluting, let’s consider paying them not to. We would still retain the fundamental environmental law principle of 'polluter pays' if they do pollute, but let’s give them an incentive not to do the things we don’t want them to do, rather than punishing them for doing the things that they may decide to do, simply because they’re interested in production rather than profit.”

Professor Oxley says economists understand incentives and how to achieve certain actions by encouraging people to do things that we actually want them to do, rather than telling them what to do or not to do. “Economists try to find solutions where there are fewer or even no losers.”

An economist approach to water

Water differs from other commodities such as petrol or electricity, he says. “Because these things have a price you pay when you want more, and you can identify what your preference for these things is by how much you’re prepared to pay for it.”

With water, it is effectively a free resource for many people (aside from a fixed annual charge), and they can use as much as they want.

“Not surprisingly, people’s use of water reflects the price that they are actually facing when they want more, in this case, zero. Where's the incentive to economise on water use here?”

However, when there are water shortages, “it leads to some sort of dictat from the regional council that says it’s a hose pipe ban. What do your neighbours do? They turn their hoses on at night when no one is watching”.

“If it’s profitable for them (farmers) not to pollute and we made it even more profitable by giving them a subsidy, then that solution is both radical and different but the reality is it’s incentive-compatible with what we want farmers to do. Punishment is ex-post, (and we would still have this for those that do offend) whereas these are ex-ante attempts to change behaviour,” he says.

Paying farmers not to pollute is licensed under a Creative Commons Attribution 4.0 International License.