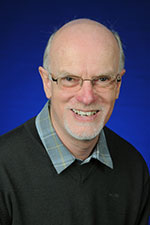 The University of Waikato has recently promoted Brian Gabbitas to the position of Professor.

Professor Gabbitas came to the University as a Senior Lecturer teaching engineering materials in the former Department of Materials and Process Engineering in August 2002.

“I came to New Zealand for an adventure, but never imagined that the pathway would lead to recognition at the pinnacle of academic achievement,” he says.

Before taking up his appointment at Waikato, he was a Principal Lecturer at London South Bank University.

During his time at Waikato, Professor Gabbitas has been researching titanium processing using a powder metallurgical approach.

“Over the past 12 years we’ve attracted government funding so our research has grown significantly during that time. Initially the research was solely focussed at Waikato but it now encompasses five research providers, making it a national entity, although the University of Waikato is still the lead research provider.”

Professor Brian Gabbitas - School of Engineering, Faculty of Science and Engineering is licensed under a Creative Commons Attribution 4.0 International License.