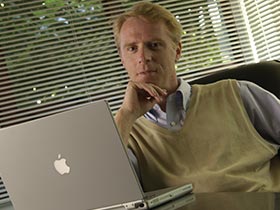 The Millennium Development Goals, agreed to in 2000, will be up for review next year. Reducing extreme poverty by half was achieved in 2010, but when it comes to the number of people going hungry – the results are much less impressive.

Professor of Economics at Waikato University John Gibson says it’s actually impossible to tell how much the hunger count has dropped because of problems with the methods used for measuring whether or not people are getting enough food each day.

Living standards around the world

Professor Gibson is part of World Bank funded study looking at many aspects of living standards around the world. He says the UN Food and Agriculture Organisation (FAO) currently has the number of people going hungry at about 840 million, but for a number of reasons, that count is doubtful. Prof Gibson says there is a problem with using surveys because designs vary from country to country.

To test their concerns with surveys, Prof Gibson and his colleagues from the World Bank and Tanzania randomly assigned seven different survey designs to more than 3,500 households. They chose urban and rural settings in Tanzania because it’s in Sub-Saharan Africa where the FAO says the proportion of hungry people is highest and hunger prevalence is increasing. Field work covered 12 months.

“We had some people keeping detailed food diaries with daily checks by interviewers for two weeks, while some had to recall what they’d eaten when the surveyors came to visit their houses. Some had frequent visits, some had infrequent visits by the surveyors. Some had long lists of food items to choose from, others had short lists.” Professor Gibson says all these variants are commonly used survey designs and the results were extreme.

“We found that how food consumption was measured yields vastly different estimates, ranging from 19% to 68% of the population being counted as hungry. That’s a difference of more than 23 million people in Tanzania, and across all Sub-Saharan Africa these differences would amount to hundreds of millions of people potentially being misclassified as either hungry or not hungry depending on what survey method was used.”

Professor Gibson is urging standardisation of survey methods for household survey design around the world. Until then, he says comparisons of hunger across countries and over time should be considered as fraught with measurement error.

Questioning the hunger number is licensed under a Creative Commons Attribution 4.0 International License.