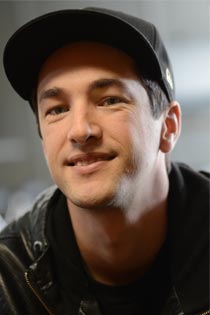 Scholarship recipient: University of Waikato Bachelor of Arts student Aaron Stewart has been awarded a Prime Minister’s Scholarship for Asia.

University of Waikato Japanese language student Aaron Stewart will be putting what he’s learned into practise when he heads off to Japan on an Asian studies programme in August.

Aaron is one of the recipients of a Prime Minister’s Scholarship for Asia, and will spend one semester at Kansai Gaidai University near Osaka studying Japanese language and culture papers.

“I was really excited when I heard I’d got the scholarship. I can see myself working in Japan in the future, maybe in international business relations, tourism or education. I’m looking forward to experiencing the culture first-hand and meeting lots of new people.”

The former Western Heights High School student from Rotorua is in the second year of a Bachelor of Arts degree majoring in Japanese at Waikato University. This will be his second trip to Japan, and Aaron says what he loved about it last time was how different it was to New Zealand.

“You’ll see ancient shrines and temples, then ultra-modern bullet-trains and technology. It’s such a place of contrasts. And being surrounded by the Japanese language will definitely help me improve my language skills.”

Funding of $9 million over five years was provided in Budget 2013 for the Prime Minister’s Scholarships for Asia as part of the Government’s Internationally Focused Growth Package. In the inaugural PMSA announced in December 2013, three Waikato University students were awarded scholarships.

Applications are now open for the next round of scholarships and close on 28 September 2014.