Sprint to the finish line 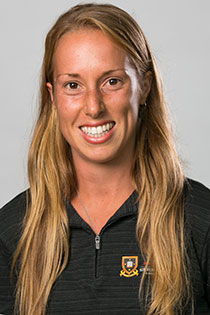 Waikato graduate:  Kristie Baillie will be graduating with a Bachelor of Social Sciences at the University’s graduation ceremony in October.

Kristie Baillie has had a great few years at Waikato University, and will be graduating with a Bachelor of Social Sciences (majoring in Anthropology and Population Studies) at the university’s graduation ceremony at Claudelands Events Centre on October 22.

Raised on a Waikato dairy farm in Kiwitahi just outside Morrinsville, Kristie went to Morrinsville College. She says she went on to study at Waikato University because she loves the Waikato region and wasn’t interested in studying anywhere else.

Kristie says some of the highlights of her time at university have been broadening her knowledge, awareness and understanding, particularly surrounding global and cultural issues.

“I've thoroughly enjoyed connecting with like-minded students who share the same dedication and passion for learning. And it’s been extremely rewarding building wonderful relationships with fantastic lecturers and tutors throughout the years of my degree.”

The Hillary Scholarship allowed her to combine her sport with studying, and are the University of Waikato’s most prestigious scholarships, awarded to high academic achievers who are also achieving in the arts or sport. Scholars have their course fees covered, receive specialist coaching and mentoring and take part in personal development and leadership programmes.

Kristie was also an 11th-hour selection for the New Zealand women’s 4 x 400 relay team to travel to the Commonwealth Games in Glasgow this year, and is a recipient of the 2014 University of Waikato Step Higher Award where, in February 2015, a group of Hillary scholars will travel to Nepal to experience the legacy of Sir Edmund Hillary’s work, and observe projects run by the Himalayan Trust.

“I’m currently taking my final paper for my Honours degree as well as undertaking a new degree in sports science. The rest is yet unwritten.”

Sprint to the finish line is licensed under a Creative Commons Attribution 4.0 International License.