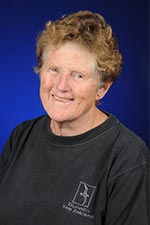 Honey expert: Associate Professor Manley-Harris, from the Faculty of Science and Engineering.

One is made up of industry representatives and the other of scientists, with the University of Waikato’s Merilyn Manley-Harris joining representatives from organisations such as GNS Science, Plant and Food Research, Comvita, Manuka Health and Analytica Laboratories.

Associate Professor Manley-Harris, from the Faculty of Science and Engineering, works in organic and analytical chemistry and has spent many years working on honey.

She says there have been issues around labelling honey in the past and it “is quite urgent that we get a standardised labelling system”.

The groups have until the end of June to come up with the guideline and Associate Professor Manley-Harris says the scientists have already been busy on the project.

The aim is to achieve a clear, scientifically robust definition of mānuka honey and to implement the definition so consumers have confidence in the authenticity of the honey they are buying.

The guideline will set out what constitutes mānuka honey, and identify what statements and claims are appropriate for mānuka honey labels, providing greater clarity for consumers and the industry.

Last year both Hong Kong and the UK had issues with honey labelling and the guideline will hope to ensure New Zealand mānuka honey is correctly labelled.

The exporting of mānuka honey

Pollen analysis is used internationally to classify monofloral honeys and is a possible method that might be used to identify mānuka once some difficulties of classification are overcome and other possible methodologies are also being reviewed by the science team. Mānuka honey would carry an additional label specification relating to its content of methylglyoxal.

MPI says the final guideline, which will be voluntary, should minimise the potential for false or misleading label statements, minimise fraud, be practical and feasible to implement, be backed by robust evidence-based science, at reasonable cost and sustainable benefit.