The benefits from super-diversity 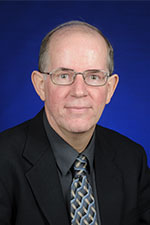 The University of Waikato is leading a $5.5 million project to investigate how New Zealand can best plan for, and benefit from, its increasingly diverse population.

The large-scale six-year project, funded from the latest round of Ministry of Business Innovation and Employment’s new science research funding, is being led at Waikato by Professor Jacques Poot, an economist at the National Institute of Demographic and Economic Analysis (NIDEA).

The study will involve a large team of researchers, from Waikato and in partnership with academics at Massey University, led by sociologist Professor Paul Spoonley. The team also includes staff from Motu Economic and Public Policy Research in Wellington.

The 2013 census showed that New Zealanders identify with one or two (or even more) of 230 ethnic communities, says Professor Poot. “At the same time, there is also large diversity geographically. For example, while nationally one out of four people were born abroad, in Auckland it is much more than that, about 40 percent. People from different cultural backgrounds often have different age structures, fertility and mortality, family structures and preferences about where to live. All this leads to something social scientists now call ‘super-diversity’.”

Professors Poot and Spoonley and their respective teams already have a track record of working together on socio-economic issues in New Zealand.

The new project (2014-2020) is called Capturing the Diversity Dividend of Aotearoa New Zealand, or CaDDANZ

“The acronym is pronounced ‘cadence’, which refers to a harmonic configuration at the end of a piece of music that creates a sense of resolution. This nicely hints at what this research aims to achieve,” said Professor Poot.

“We put a lot of effort into developing a research programme that not only looks at the trends in diversity and at a wide range of potential impacts, but also at how organisations and public institutions should respond to diversity.”

He says if you look around the world, it would be an understatement to say that cultural diversity brings with it some challenges, “but we are going to carefully assess the impacts of cultural and demographic diversity. The aim is of course to find pathways to maximize the net benefit”.

Given that Māori face, as tangata whenua, unique challenges and opportunities in relation to identity, language, social cohesion, economic development, and other issues, it is not surprising that the team includes Māori researchers and will liaise closely with local iwi and urban Māori authorities, says Professor Poot.

Lots of stakeholders were consulted in developing the research proposal. They include government departments, national and regional service providers such as the Families Commission, Auckland Regional Migrant Services, the Office of Ethnic Affairs, the Human Rights Commission and the Asia New Zealand Foundation.

The team will organise the six years of research into 21 different projects that will include among many, aspects of employment, ethnic identity in a family context, ethnic diversity by city and regions and how people deal with aspects of diversity in everyday life.

In the final year of the project, all the different components of the project will be re-evaluated and the findings summarised in an e-book.

The benefits from super-diversity is licensed under a Creative Commons Attribution 4.0 International License.