The trouble with food 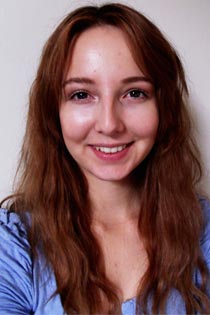 Understanding Anorexia: Gabrielle Batenburg wants to build awareness around the contributors and causes of anorexia.

If you are over sixteen-years-old and have been diagnosed with anorexia nervosa in the past ten years but not currently in treatment, then Gabrielle Batenburg wants to hear from you.

Gabrielle is completing her master’s research at the University of Waikato for the School of Psychology and is looking to delve deeper into the views of people who have struggled with anorexia and what they think may have contributed to it.

“Anorexia is one of those issues that is often not seen and stays hidden for a long time before it starts to become obvious and impact someone’s mood or functioning,” says Gabrielle.

“There have been some people in my family with significant eating difficulties, one with recurring anorexia and associated suicide attempts. Seeing someone suffer and trying to help them but not knowing how can be extremely frustrating and sad.”

“Treatment and accessing help can be a difficult experience. Similarly, so can coming to terms with something that you are struggling with and going through.”

Through this study, Gabrielle hopes to hear of the experiences of people who have developed anorexia nervosa to get a better understanding of how they think about their illness and why it started. Ultimately, she aims to increase the awareness and understanding of anorexia.

“This study is important as the perspective of the sufferer is often absent from research. Models of anorexia have often been developed from a particular perspective, such as a biological view, linking it to genetic and chemical changes in the body.”

“Concepts about the causes of an issue can also have a strong influence in the approach and direction of treatment.”

It is possible that this study can illuminate major differences between the approach to treatment that providers use and treatment that would be expected from the person’s perspective, she says.

“It seems reasonable that the more the treatment ‘makes sense’ to the person receiving treatment, the greater the motivation might be.”

If you are interested in taking part in Gabrielle’s research, she can be contacted at [email protected] for more information.

The trouble with food is licensed under a Creative Commons Attribution 4.0 International License.