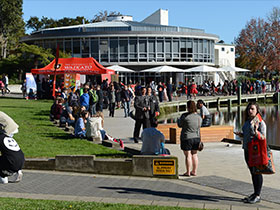 The University of Waikato opened its doors to secondary school students from all over the North Island at its annual Open Day on Friday 16 May.

Nearly 3700 mainly year 12 and 13 students from 126 schools from Kaitaia to Wellington, and Hawke’s Bay to Taranaki attended the Open Day. 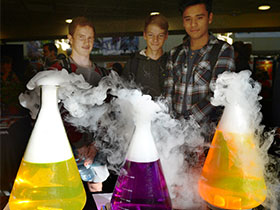 Each faculty put on a range of activities and mini-lectures designed to showcase study options, facilities, lifestyle and academic excellence of the University. Mini-lectures covered topics such as “Is time-travel possible?”, “Calvin and Hobbes: Saving stupid people from themselves” and “Magic, tourism and Disney”.  There were also tours of Halls of Residence.