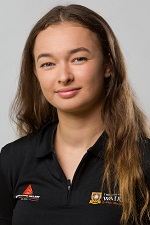 Erena Calder Hawkins is one of nine Hamilton locals to be awarded a Sir Edmund Hillary Scholarship from the University of Waikato.

Former Sacred Heart Girls' College student Erena Calder Hawkins is one of nine Hamilton locals to be awarded a top scholarship from the University of Waikato.

The scholarships are awarded on the basis of leadership, academic excellence, and achievement in a sport or creative and performing art.

Erena received the scholarship on the basis of her achievements in badminton. Having played the sport since she was eight-years-old, Erena has competed in a number of national and international competitions, including the World Junior Championship in Peru last year.

She says the physical demands of her sport are challenging with lots of speed and endurance required for the long rallies. However the biggest challenge is “dealing with the restrictions and stereotypes of playing a minority sport".

“Many people don’t understand the intensity and commitments of playing high performance badminton, and there’s limited resources available to play the sport at an international level,” she says.

Erena has started a Bachelor of Science at Waikato and says the scholarship will help her balance her sport and study commitments as well as help reduce some the barriers of playing a minority sport.

“Badminton doesn’t receive much sponsorship or funding, so not having to worry about university fees takes a lot of the pressure off covering the costs of my badminton endeavours,” Erena says.