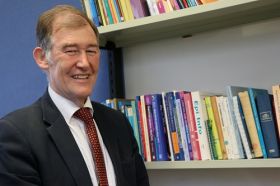 A team of researchers based at the University of Waikato believe that involving primary care can help improve outcomes and reduce inequity from cancer.

Speaking at a National Institute of Demographic and Economic Analysis (NIDEA) seminar, Professor of Population Health Ross Lawrenson outlined his team’s study on the role of primary care in cancer diagnosis and treatment.

The Midlands Cancer Study looked at patients with prostate and breast cancer in the Midland region and found there was a disparity in provision of primary care and the diagnosis and outcomes of cancer between Māori and non-Māori.

The findings
With prostate cancer, Professor Lawrenson said that of the 36,000 men they looked at, aged 40 and over, Māori men were more likely to be diagnosed with late-stage cancer than non-Māori men.

“The statistics showed that Māori get tested or screened for prostate cancer less than non-Māori – at a rate of about 50% less, and those that have been tested and found to have elevated PSA levels are less likely to be referred to a specialist and biopsied,” he says.

“And that can be down to a number of factors, but it can largely be attributed to the interaction with their primary health provider.”

“Primary care has a lot to offer in cancer diagnosis and treatment, and the aim of our research was to help improve outcomes and reduce inequity from cancer by concentrating on the contribution that can be made through primary care.

“And from our research, we’ve noted the variations in primary care and the opportunities for improving health outcomes – such as improving access for GPs to diagnostic services and improving health literacy through better information for patients.”