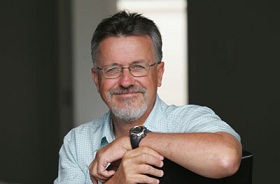 Emeritus Professor Russell Bishop was made an Officer of the New Zealand Order of Merit in this year’s New Year Honours.

Emeritus Professor Russell Bishop was recognised for his services to Māori and education in the New Year Honours list, being made an Officer of the New Zealand Order of Merit.

Russell became an Emeritus Professor in 2014 and retired the same year, 16 years after being appointed as the University of Waikato’s Foundation Professor of Māori Education.

His work is viewed as one of the most significant contributions to educational research and practice in New Zealand in the last 50 years. Russell’s work is centred on the Te Kotahitanga Research and Professional Development Project, which supports teachers to improve Māori students’ learning and achievement and to provide a culturally responsive context for learning. He led this ground-breaking – and hugely successful – initiative from 2001 to 2012 and it is now widely regarded as the most effective programme of professional learning and development of its type.

Russell says his greatest achievement was having the opportunity to put into practice, in 50 secondary schools, the work he developed over 25 years, building this project from earlier work he had undertaken for his doctoral studies into relationship-based and responsive approaches to research in Māori settings.

“My research shows that the key to improving Māori students’ educational achievement is to establish effective caring and learning relationships with Māori students in your classroom in a way that promotes their self-determination. The approach is a culturally responsive pedagogy in that teachers are supported to learn how to respond to the culture of the children in their classrooms. It is also important that school leaders understand and support the pedagogic developments taking place in their school as their support is crucial to teachers being able to bring about change. There is compelling evidence that this approach to school reform really works. For example, the Ministry of Education has recently produced a report on Phase Five of the project that showed Māori students in 17 secondary schools made three times the progress that Māori students in non-project schools were making.”

“It’s a real strength of our university, it keeps winning contracts and the Ministry of Education keeps coming back to us in this area of research."

Russell says he is thrilled to be made an Officer of the New Zealand Order of Merit.

“It’s a real acknowledgement for everyone who’s been involved; including students, parents, teachers, school leaders and the Ministry. I’ve worked with some wonderful people to put it into practice. Many hands have touched this award.”