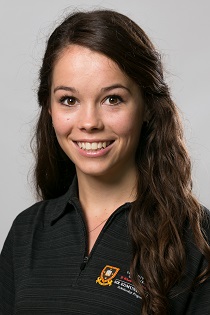 The award is given every year to two top graduating students on the Sir Edmund Hillary Scholarship programme – one for sport and one for creative and performing arts.

Winning the award was a great achievement for Adam and Blaire, as successful awardees had to achieve at the highest level academically and in their chosen sport or performing art, while demonstrating exceptional leadership during their time on the programme.

Blaire White – Soprano
Blaire completed a Bachelor of Music with Honours, majoring in performance voice under the tutelage of Dame Malvina Major.

In 2015, she attended the New Zealand Opera School and was a recipient of the Step Higher Award. She’s currently working with the campus-based Society for Art Fusion – Art Fusion Gallery, and is leading a project that sees installation of four painted pianos on campus.

“Being on the Sir Edmund Hillary Scholarship Programme has been a life changing experience that has presented me with many opportunities I’ll forever be grateful for.

“I am excited and honoured to receive the Hillary medal. There are many scholars who deserve this award and I am humbled to have been chosen,” says Blaire. 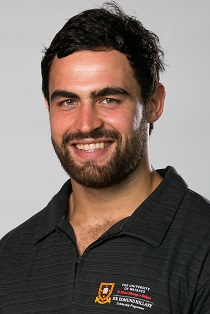 Adam Burn – Rugby player
Adam completed a Bachelor of Business Analysis – Financial majoring in Accounting, and a Graduate Diploma in Economics. During his time as a Hillary scholar, he excelled in rugby. This included being a player in the 2013 New Zealand Under 20 rugby team that competed in the IRB Junior World Championships in France.

He has also been a player in the Waikato ITM cup team since 2012, and a highlight for him was winning the Ranfurly Shield in 2015.

“To receive the Hillary Medal is very humbling and a great honour given the calibre of past recipients and fellow graduates. My sincere thanks go to the executive team, sponsors and fellow scholars of the Hillary programme for making my time at the University of Waikato both rewarding and enjoyable,” says Adam.