Keeping a vigilant eye on fraudsters

Vigilance chief executive Sam MacGeorge says the tool is particularly good at providing analysis through infographics, making it simpler to take customers through suspicious activities that are thrown up from their transactional data, and ruling out time consuming false-positives. “While some systems claim to be using artificial intelligence (AI) to analyse transactions, this is the most sophisticated tool available in New Zealand,” he says. “Categorising data accurately is at the forefront of accurate machine learning. This new tool has given us a better lens to analyse large quantities of a customer’s data and unusual patterns of behaviour much faster.”

Sam says Vigilance would never have achieved the level of sophistication in its software without input from the Waikato data scientists, who are part of a $12.2 million government-funded programme called STRATUS (Security Technologies Returning Accountability, Trust and User-centric Services in the Cloud).

Led by the University of Waikato’s Associate Professor Ryan Ko, STRATUS is a six-year cyber-security project funded by the Ministry of Business, Innovation and Employment (MBIE), driven forward by a team of leading cloud security researchers and practitioners from the universities of Waikato and Auckland, Unitec Institute of Technology and Cloud Security Alliance. STRATUS aims to create a suite of novel security tools, techniques and capabilities which return control of data to Cloud computing users.

“The outputs will help empower users to be able to control the security of their data in the Cloud and give companies tools and services to sell,” says Dr Ko. “Vigilance is one of the first companies we have worked with that has used the Anomalies Detection Framework and then gone on to further expand its capability for its own fraud detection and AML purposes.”

The initial framework, along with other tools for privacy of data during processing and storage, has potential applications in many fields outside financial data, and the University of Waikato is working with other partners to commercialise it in those fields.

Keeping a vigilant eye on fraudsters is licensed under a Creative Commons Attribution 4.0 International License. 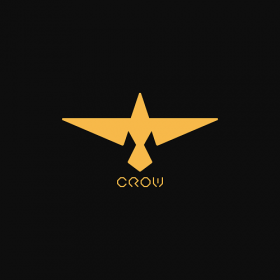