Next week, Tauranga is playing host to the final INTERCOAST forum, a major international coastal marine research collaboration and exchange programme between the University of Waikato and Bremen University in Germany.

INTERCOAST (Integrated Coastal Zone and Shelf-Sea Research) was first launched in 2010 and has since produced more than 50 doctoral graduates in both Germany and New Zealand. Research examined the consequences of coastal zone development in a changing climate in the Bay of Plenty and the North Sea, which borders Germany.

Professor Chris Battershill, Chair in Coastal Science at the University of Waikato in Tauranga, oversees the New Zealand operation of the research partnership, and says INTERCOAST is a successful example of international science collaboration. “INTERCOAST is arguably the first integrated, cross-disciplinary research programme internationally that embraces cultural elements of change in our coastal estate.

“Collaborating with Bremen University has allowed us to quickly harness the most sophisticated coastal and seabed expertise and technology from the world’s stage. This was especially beneficial during the long-term environmental monitoring in the wake of the Rena grounding."

The collaboration has benefited the Bay of Plenty region from an environmental, social and economic perspective, helping to provide data modelling and impact analysis to aid decision making by regional and environmental planners for coastal development.

Waikato and Bremen universities first joined forces in 2008 with the establishment of a joint masters programme. The scope of the collaboration between the universities widened with the development of INTERCOAST. Driven by the late Professor Terry Healy from Waikato and Professor Dr Gerold Wefer from Bremen, INTERCOAST was the first project to come out of the New Zealand-Germany Science and Technological Agreement and the first Australasian science collaboration for the University of Bremen, which is home to one of the world’s top oceanographic research institutes. It is the largest international collaboration of its kind for New Zealand and Germany.

Research from the INTERCOAST partnership has looked at a number of areas, including the impacts of harbour development on ecosystems, protection and utilisation of the harbour and coastline, sediment studies, invasive species' threats in coastal waters and legal issues surrounding coastal and marine resources.

The Ministry of Business Innovation and Employment, the Bay of Plenty Regional Council, Port of Tauranga and Priority One have all been instrumental in supporting INTERCOAST.

The week long INTERCOAST forum kicks off on Monday 20 August, 8.30am, with a powhiri and opening address at the Tauranga Yacht Club, and will celebrate nine years of collaboration. 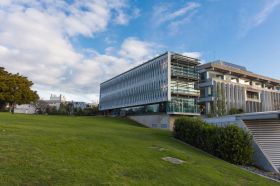 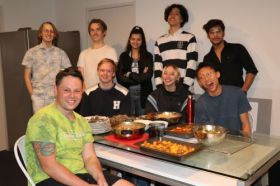 Ex-Navy chef cooks up a storm for uni flatmates