Teaching Law in Context: Is it still relevant?

Teaching Law in Context: Is it still relevant? 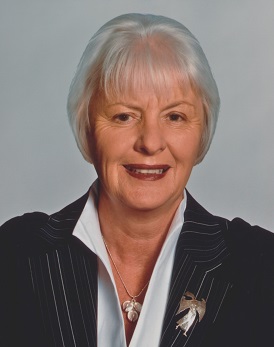 As part of the University of Waikato’s Faculty of Law 25th anniversary lecture series, Professor Margaret Wilson gave a talk about teaching and researching law in its social context – the third founding principle of Waikato’s Faculty of Law. The founding Dean of the then School of Law reviewed and reflected on what was at the time a revolutionary approach to teaching and researching law in New Zealand. She examined the rationale and the challenges to implementing this innovative approach to preparing the next generation of lawyers, and reflected on the unique character of Waikato's law school, its integrity and commitment to providing its own distinctive approach to legal education – and in turn, she answered her own question: is the teaching of law in context still relevant today?

You can view this public lecture now.

Professor Margaret Wilson is well-known throughout New Zealand's legal profession and political environment. Her extensive career in public service includes roles as founding member and Vice-President of the Auckland Women Lawyers’ Association and a member of the Advisory Committee to establish a Ministry of Women’s Affairs. From 1985 to 1989 she was Director of the Reserve Bank of New Zealand, from 1988 to 1989 she was New Zealand Law Commissioner and in 1988 was appointed Convenor of a government working party on Equal Pay and Equal Opportunities. Professor Wilson was also President of the NZ Labour Party from 1984 to 1987. From 1999 to 2005 she was a minister of the Crown, including Attorney-General, Minister of Labour, Minister Responsible for Treaty of Waitangi Negotiations, Minister of Commerce, Minister for Courts and Associate Minister of Justice. In 1999 she was elected a List Member of Parliament and from 2005 to 2008 she was Speaker of Parliament. Margaret was made a Distinguished Companion of the New Zealand Order of Merit in 2009.

Teaching Law in Context: Is it still relevant? is licensed under a Creative Commons Attribution 4.0 International License.