The global importance of enzymes

Enzymes may hold the key to better understanding climate change.

University of Waikato biological scientist Professor Vic Arcus has been studying enzymes for most of his career, but now he’s taking his research a step further, using the properties of enzymes to predict the impact of climate change on large-scale biological systems.

Professor Arcus’s research is being supported by the Royal Society Te Apārangi, which last year awarded him a James Cook Fellowship. The Fellowship is awarded to up to three scientists each year and lasts for two years.

The model he and his colleagues have developed from individual enzymes scales up to vastly complex behaviour ─ to organisms, ecosystems and the biosphere itself. “Essentially we’ve gone global, going from enzymes at the nanometre scale to the global biosphere,” says Professor Arcus.

“If you study the behaviour of enzymes and how they respond to temperature then the signature of the behaviour basically scales up to biological systems wherever you look.  Enzymes catalyse most of the chemical reactions necessary for life to exist.”

The scientists have already started testing their hypothesis. Professor Arcus says preliminary results suggest some “very, very, significant impacts” because of the differences in the temperature behaviour of photosynthesis and respiration. “The two respond in completely different ways but work effectively together. The job ahead is to define exactly what the temperature dependence of those two ecosystem processes is.

“We’re starting to get a pretty good handle on that, and the picture from these preliminary results is much worse than I’d have expected. It’s enough to make me want to sell my car.”

Professor Arcus is one of six current James Cook Fellows. He’s a Fairfield College and University of Waikato graduate and so is another current Fellow, Professor Tim Naish who’s based at Victoria University in Wellington. “I get some satisfaction from the fact that we went to the same high school in Hamilton, same university, and now we both have this significant fellowship,” Professor Arcus says. 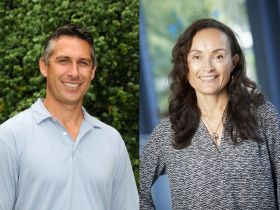 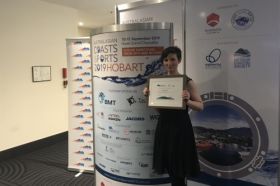