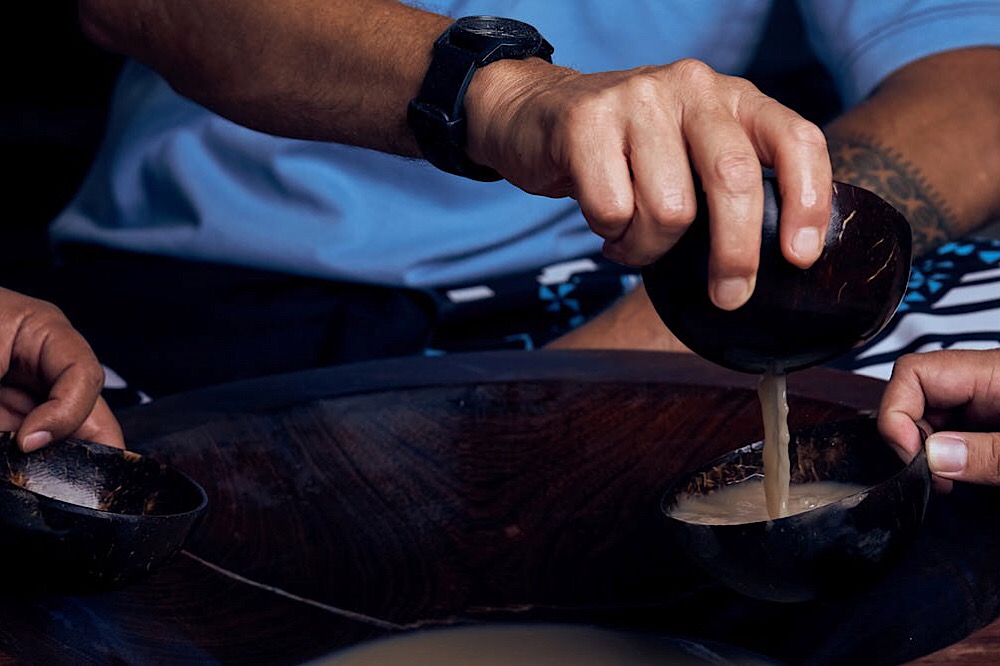 The Australian government is considering an increase in the amount of kava travellers can bring into the country. The consultation process includes a proposed pilot program to ease restrictions on kava importation for personal use from two to four kilograms per person.

Many Australian residents, especially those with Pacific Island heritage, will welcome this, but the proposal is based on fundamentally flawed evidence.

In submissions to Australia’s Office of Drug Control, the governments of Fiji and Vanuatu have argued that significantly higher amounts should be allowed.

Australia’s restrictions on kava are based on concerns about its misuse in remote communities. But the government’s policy is imperialistic and ignores evidence about kava use, side effects and cultural significance.

Read more:
Words from Arnhem land: Aboriginal health messages need to be made with us rather than for us

Kava (Piper methysticum) is widely cultivated by Pacific Island communities for its root, which is ground up and mixed with water to make a beverage for ceremonies and other cultural settings.

Kava contains kavalactones, psychoactive ingredients that create a relaxed yet clear-headed state in the drinker. Unlike alcohol, it does not cause marked euphoria or lead to emotional changes, such as disinhibition. It is also not addictive.

Many Pacific Island communities now produce a powdered form of the root, which is exported for medical and social purposes all over the world.

Australian regulations on kava date from 1997, when a 2kg limit was introduced on the amount of kava passengers could bring into Australian without a permit. In 2007, a complete ban on kava was introduced in the Northern Territory. The 2kg limit remains in other parts of Australia.

The government’s move to regulate kava followed “concerns” about kava abuse within Aboriginal communities in the Northern Territory. Kava was originally introduced into these communities in the 1980s as part of a suite of measures aimed at reducing the harm caused by alcohol.

Opinion pieces published following kava’s introduction referred to all-night binges and illicit mixing of alcohol and kava. The government seized on this as grounds for introducing the Northern Territory ban, despite a lack of coherent evidence to support the reports, and praise for kava’s role in reducing alcohol-related violence.

This imperialistic policy has continued, with widespread negative consequences. Reports show that the inability to access kava has led to substance switching, with far more serious drugs being used instead.

This has affected the Aboriginal communities the restrictions were designed to protect as well as Pacific Island communities throughout Australia. For them, kava is more than a pleasant drink.

It is concerning that the flawed understanding that underpinned the introduction of Australia’s kava regulations persists in the current pilot program. This is evident in the information put forward for consultation and in the proposed changes.

The consultation is being couched as recognition of “the cultural and economic importance of kava to Pacific Islanders”, but health and social impacts of kava continue to be misrepresented. Examples include frequent references to kava having toxic health effects. Such claims of toxicity have been refuted recently and demonstrate an entrenched lack of understanding of alternative cultural perspectives.

The World Health Organisation (WHO) has found, as recently as 2016, that both research and historical evidence show that:

It is possible for kava beverage to be consumed with an acceptably low level of health risk.

Similarly, the characterisation of the “dry and scaly skin” that can follow kava consumption as a “toxic effect” is misplaced. Kava dermopathy is a common and well understood side effect of prolonged kava use. It is known to be harmless  and reversible. Some Pacific people see it as a positive demonstration of the individual’s engagement with their culture.

The unnecessary linking of kava dermopathy with toxicity shows that the attitudes and policy that underpin the consultation continue to be culturally skewed, based on outdated understanding of kava’s cultural significance.

This lack of understanding is most evident in the section dealing with “social impacts of kava use”. The first matter discussed refers to illicit markets for kava and their adverse community impacts. This maintains the negative connotations of kava.

Although kava’s ability to promote “fellowship and companionship” is mentioned, it is followed by a reference to “relationship distress” through kava use. A large body of research demonstrates that kava is not addictive and that its psychoactive properties are neither hallucinogenic nor stupefying.

What the consultation fails to understand is that the significance of kava drinking in Pacific Island communities, wherever they are located, goes far beyond its social aspects. Kava represents an ingestible manifestation of culture and identity, considered by many to be transferring spiritual power. Particularly for diasporic communities, kava circles provide a cultural classroom where respect, language and traditions are taught and reinforced.

Turning kava into a scapegoat through unnecessary regulation has ongoing adverse impacts for Pacific and Aboriginal communities throughout Australia.