University of Waikato Law Professor Al Gillespie has been awarded two significant Belgian medals – The University of Ghent Medal, and the Francqui Medal.

The Francqui in particular is a big deal, awarded to academics working at an ‘exceptionally high level’ and whose work has international influence. Professor Gillespie was nominated by academics from two Belgian universities, up against academics from all over the world.

“It’s particularly pleasing to receive the Francqui medal as it’s usually awarded to academics working in the sciences; rarely does it go to the humanities,” Professor Gillespie says.

As part of his award, he had to give a lecture to a high-level audience. It was titled '2050: The Challenge of Peace and Sustainability in a Fragmented International Context'. “I talked about the state of the world today, the challenges we’re likely to face in the next few decades, covering law and politics in the international sphere, from the risks of environmental change, and conflict.”

He says the lecture was extremely formal, quite a solemn affair loaded with protocol. “It was very, very different to Kiwi, Commonwealth and American settings where you get grilled the moment you stop speaking. Here, all of the questions came afterwards, when the champagne and nibbles were being enjoyed.”

He says the Francqui medal is Belgium’s most prestigious academic award and holds a particular currency.

The Ghent medal accompanies the Francqui, as the Francqui is of such significance nationally, each university wants to be associated with it and, equally, recognise the recipient.

Medal winners are required to stay in Belgium for a minimum of six months, and due to semester timings in New Zealand, Professor Gillespie had to break his stay into two blocks, winter and summer, or summer and winter, depending on the hemisphere.

He's so far given two public lectures and five lectures at different universities. The city of Ghent (alternatively, Gent) where he’s based is about an hour from the capital Brussels. “Ghent is a very old and historic city with the biggest university in Belgium. It’s also only 45 minutes from Ypres where 520 New Zealand soldiers are buried."

The professor says he's very much enjoying life in his temporary home. “The beer, chocolates and waffles are fantastic and although the language and culture is different from New Zealand, once you get into a routine, it’s not that different. I feel like I’ve been given the opportunity of a lifetime, especially in these challenging times of Brexit, Trump, protests in France and Belgium, etcetera. It’s good to view the world through Belgian eyes, where these issues seem very different to the way we as Kiwis see the world.”

Professor Gillespie returns to Hamilton in late February for the start of Semester A at Waikato University. 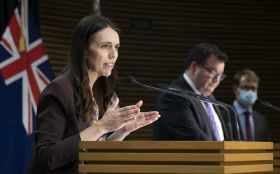 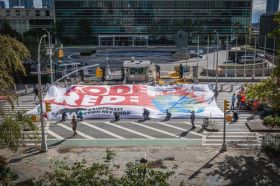