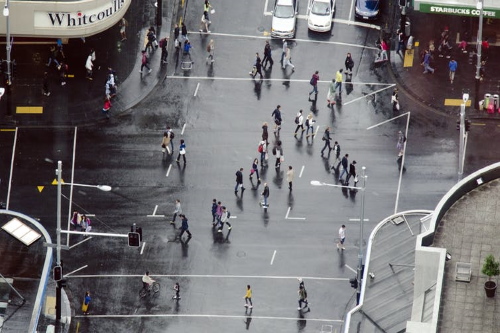 New Zealand’s 2018 census was the first to be carried out online, but it captured only 83% of people, a response rate 9% lower than the previous census. Māori responses dropped by 20%. From shutterstock.com.

While the census data won’t be released until next month, Te Mana Raraunga, the Māori data sovereignty network has raised concerns about how the “digital first” strategy might have contributed to an “unprecedented … low response rate” from Māori.

While taking part in a census takes more time than voting in an election, we argue that participation would increase if people had more than a digital option. Our analysis of voter participation in local iwi (tribal) elections shows that maintaining other voting options encourages participation.

Stats NZ announced last month that the individual collection response rate for Māori was 68%. Te Mana Raraunga described this as “appalling” and highlighted it was far lower than the 85.5% for the 2013 census. It is also lower than the total New Zealand population, at 83.3%.

The low response rate of Māori not only raises concerns about online-only voting approaches, but also has considerable constitutional implications, as census data is used to determine the number of Māori electorates.

Internationally, declining voter turnout is of considerable concern in many liberal democracies. Various causes are hypothesised, including electoral systems, age, ethnicity and costs. In New Zealand, Māori voter turnout is significantly lower than non-Māori in general and local government elections.

Over the past three years, we have investigated whether these trends can be discerned in the voter turnout for iwi governance entities. Hundreds of iwi entities have been established through settlements that have resulted from Crown breaches of the Treaty of Waitangi/Te Tiriti o Waitangi.

Read more: Explainer: the significance of the Treaty of Waitangi

Iwi governance entities represent their people politically. There is no central database of iwi election data and they are not under any obligation to share their data other than to their members. That responsibility varies according to iwi constitutions or trust deeds. The collection of data about iwi voter turnout is therefore a manual and challenging task.

There are two main features influencing iwi elections from the data we have analysed. The first relates to location. Regionally based iwi tend to have a high proportion of members living away from home, and it is a challenge to keep members engaged in iwi voting. It is a common restriction on candidates to live within the areas they are standing in.

The next feature influencing iwi elections is the voting method. The conduct of iwi elections tends to be outsourced to private companies that specialise in election services. Most iwi use postal voting or a combination of postal and internet voting.

While local authorities and the New Zealand Department of Internal Affairs continue to debate the benefits and risks of internet voting, including to increase voter turnout, many Māori governance entities have been using a combination of postal and online voting for more than a decade.

The use of internet voting has been increasing as iwi see it as an option to reduce costs, particularly for large iwi and for those with a high portion of members living overseas. Many iwi don’t have the resources to manage their tribal registers, and out-of-date physical address details pose an issue when postal voting only is offered. But the results of trials internationally are mixed on whether internet voting increases turnout.

Read more: Here's how we can get more people to vote in elections

Benefits and concerns about online voting

The other issue around online voting is whether it is more or less effective on its own or in combination with other options. A Canadian study recommends caution around online-only voting methods. Where the option for paper ballot voting has been removed, the research shows that a “digital divide” replicates societal inequalities. They argue that:

Absent a paper option, there is evidence that some electors with poor access and digital literacy might be less likely to vote, though the effect is delayed until after the first election after paper is eliminated. … Our results suggest that the elimination of paper ballots may indeed be disenfranchising some electors on the basis of the digital divide.

Research with First Nations communities in Canada has shown an appetite for internet voting. More than 80 First Nations now use online voting and see benefits to enhance local participation, self-determination and governance.

But while internet voting promises potential benefits, its implementation does not always yield the intended results in Canadian Indigenous communities. Concerns also exist around internet access, security and the impact on culture.

Māori governance entities that have been using online voting for many years may feel the temptation, for cheaper costs, to move to online-only voting. They should resist the temptation and keep as many options as possible open for their people to support their participation. The challenge remains how to resource these multiple options.