The research work of a second-year civil engineering student at Waikato University has earned him national accolades.

A poster he presented to the New Zealand Geotechnical Society has won him a top three placing.

Ethan Flintoft did much of what School of Engineering lecturer Seokho Jeong termed “the heavy lifting” work over a 10-week period towards a technical paper which looks at the geology of the Waikato basin.

Ethan, 25, who is Ngati Porou, is in the second year of a four-year engineering degree course, having decided it was a better option for him than work in sport.

He took a year off while wife Raven completed a biology degree, also at Waikato University, and was then convinced by a friend to study engineering. He and Raven welcomed a son into the family during Ethan’s first semester.

Dr Jeong’s technical paper has provided the first quantitative data which enables accurate predictions of the impact of earthquakes in the Waikato basin – which takes in major suburban centres including Hamilton, Cambridge and Ngaruawahia.

It shows geologists and engineers who suggested the basin comprised deep sediment, as distinct from bedrock, were correct. The ground acceleration of earthquake waves is more pronounced and extended when they pass though sediment.

The nearest significant known active fault to the Waikato basin runs from Hauraki to Matamata.

“The Waikato basin is consistently in the class D.”

Ethan's work was recognised this month by the NZ Geotechnical Society. He was placed third in a nationwide annual student research poster competition, where two other winners, Yuri Wong and Charles Mangos, were both research postgraduate students. The same poster ─ Development of a Waikato Basin Model by the H/V Spectral Ratio Method ─ earned Ethan a runner-up prize in a Waikato University-wide poster competition.

Students of a recognised tertiary institution in New Zealand are required to submit an abstract for their poster to register for the national award and then prepare an A1 sized poster representing their work in the fields of Geotechnical Engineering or Engineering Geology.

“It’s pretty exciting for me – all summer project students were required to present a poster, but I didn’t expect anything to come of it,” Ethan said.

Dr Jeong said Ethan’s work was even more laudable because he was sharing parenting responsibility while studying full time for an engineering degree.

“The student poster competition is highly competitive,” he said. 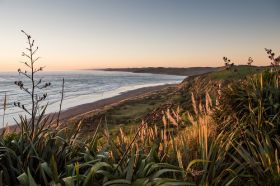 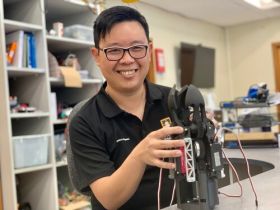 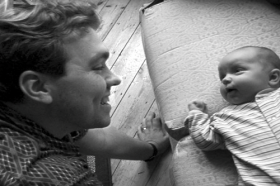 Unravelling mysteries of the human body and mind through research 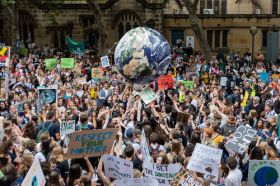 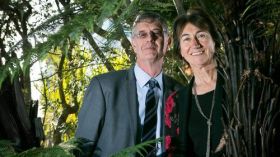 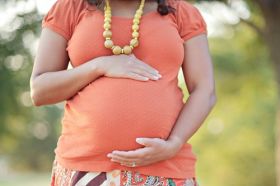 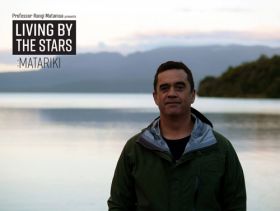