Callum Saunders has taken out Gold in the Keirin (at his first-ever World Cup event) and Nicole Shields and Ally Wollaston achieved gold in the women's 4000 meters pursuit team (with two others).

"It was fantastic following the events from afar. I was stoked for Ally and Nicole when I heard about their win, and I was thrilled to find out Callum had won too. I've known him for a few years now and he has had some rotten luck but has fought back incredibly.

“Seeing his reaction after the win was fantastic, the roar and beating his fist on his chest sent a wee shiver up my spine. He never gave up and now reaps the rewards. Very inspirational!"

Callum, who is studying towards a Bachelor of Management Studies with Honours, has been on the Sir Edmund Hillary Programme for five years. He is originally from Blenheim.

The Hillary Programme is a scholarship which educates future leaders within the values of New Zealand’s greatest adventurer, Sir Edmund Hillary. The Programme was launched in 2005 following a conversation between the University and Sir Ed himself.

Hillary Scholars receive professional development opportunities and fees support for the duration of their study. 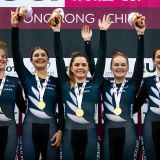 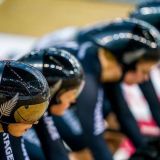 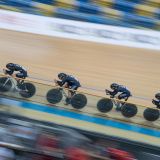 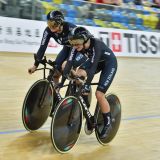 Taking on the world stage