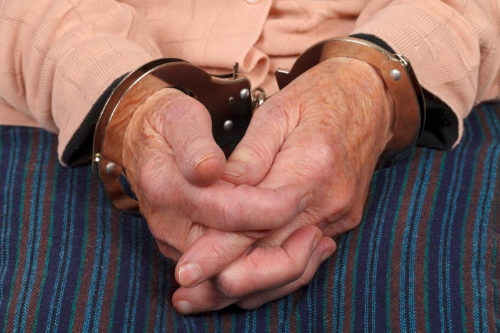 The judge described a grandmother who was sentenced for murder this week as suffering from severe mental health issues and “carer burnout”. From www.shutterstock.com

In March this year, a Whanganui grandmother, Lorraine Smith, killed her teenage granddaughter, Kalis. Smith pleaded guilty to murder and was sentenced this week to 12 years in prison.

Other offenders who have avoided life imprisonment for murder are Rex Law, for killing his wife who suffered from Alzheimer’s disease, and Jacqueline Wihongi, who suffered from a number of impairments and killed her abusive ex-partner.

Smith had raised Kalis since she was a baby, along with Kalis’s sister and brother, and Smith’s own son, who was severely disabled and completely dependent. According to Kalis’s sister, Paris, Smith had struggled since the last few months of last year. But Smith’s early guilty plea came as a surprise to Paris, who believes Smith “was clearly affected by mental illness at the time of the death”.

Read more: Why it might be time for New Zealand to reconsider the legal definition of murder

The question arises as to whether Smith (or Law, or Wihongi) should actually have been found (or been allowed to plead) guilty to murder in the first place.

There is anecdotal evidence, based on cases like those of Smith, Law and Wihongi, to suggest  many people who kill are suffering from sometimes quite serious mental distress. But these problems do not fall within the legal definition of insanity. Insanity, for the purposes of the criminal law, is a legal concept, not a medical one.

This means defendants who may suffer from serious mental disorders do not have a defence. While the mental disorder may be a factor to be considered in sentencing, it will not be taken into account in determining the defendant’s liability for murder.

By many accounts, Smith was a woman who, for many years, put the needs of her grandchildren, her son and others in the community before her own. These sacrifices had clearly taken their toll on Smith. According to her granddaughter, Paris, “Nan was not herself”.

She would look stressed but she would be talking real mellow, with no emotion, in her voice. Then she would get pissed off really fast at little things. I made her snap one morning.

Should Smith be held fully accountable for murder, or is her responsibility for the killing diminished in some way?

The partial defence of diminished responsibility originated in Scotland in the mid-18th century, as a way of dealing with mental impairment that did not meet the strict insanity test. It requires some abnormality of mind but not the restrictive “disease of the mind” element that insanity requires.

In Australia, in the majority of jurisdictions, insanity or mental illness/impairment includes situations in which the defendant could not control their conduct. Some Australian jurisdictions also provide for a defence of diminished responsibility or substantial impairment. This defence essentially applies where the defendant was suffering from an abnormality of mind that substantially impaired their mental capacity.

Read more: How the insanity defence against a murder charge works

The theory behind a defence of diminished responsibility is to provide a way of dealing with mental and other substantial impairments that do not meet the strict insanity test. In light of cases like Smith’s, it seems worthwhile considering whether New Zealand should adopt a similar defence.

It is important to note that diminished responsibility is a partial defence only – reducing murder to manslaughter. It does provide for a measure of accountability for defendants who kill, but also recognises that they should  not be labelled “murderers” because their mental capacity is substantially impaired.

This is particularly the case since the partial defence of provocation has been repealed. Provocation was applicable where a killing was the result of a loss of self-control due to some triggering event (so long as a reasonable person would also have lost self-control in those circumstances).

Defendants like Lorraine Smith could benefit from a similar provision. In fact, before it was repealed, provocation was successfully argued in some homicide cases with broadly similar circumstances to those faced by Smith.